The original Calendar post is at
https://911tv.blogspot.com/2017/08/a-message-from-ixtklan.html
where you will find the complete Calendar to download called
A Message from Ixtklan
below are recent updates 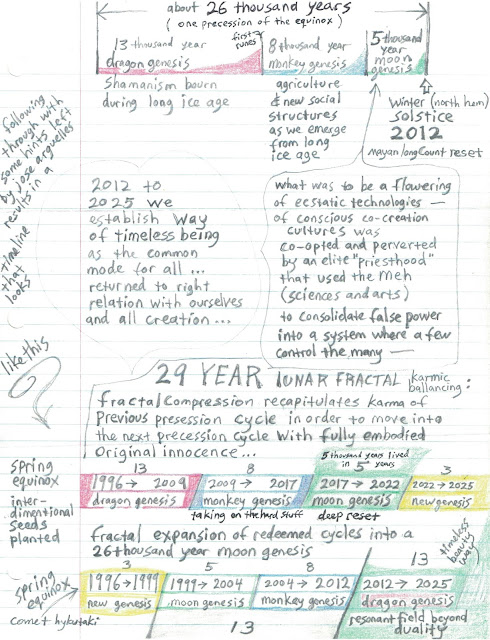 in lower right hand corner we find the dragon genesis, 2012-2025.  The seed people who made it past 2012 are actively creating the New Age and the New World! 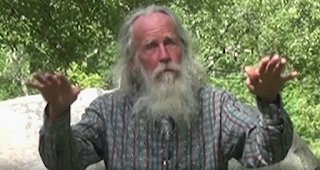 then there's the original DR2020 with Love AmpliFIRE™
and left brain derivation (39:17)
(link under thumbnail) 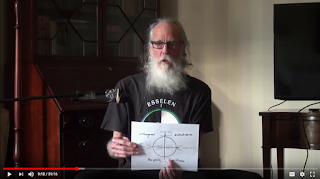 
Stirling, Scotland, Saturday 18 January 2020
The BioScience of Enlightenment
and Psychogenesis
at 11:58 AM No comments:

HO’OPONOPONO and THE MASTERY of FORGIVENESS by Chris Gruner

The Joy of Chaos


The long anticipated Saturn-Pluto conjunction has happened - exact at 22 degrees, 46 minutes Capricorn on January 12, 2020 at 8:22a Pacific time - just after a lunar eclipse.  This slow moving conjunction is in orb from December 2018 to Jan 2021.  “In Orb” means “in Effect.”  For conjunctions of slow moving planets it is usually considered to be a maximum of 10 degree separation.

Saturn is all about Structure and Limits - establishment and social norms.  Pluto says “Evolve or Die.”  Pluto is about “the Underworld,” Raw Power and “Plutocracy.”

Jupiter catches up with Saturn on Winter Solstice (Northern Hemisphere) 2020 half a degree into Aquarius (in orb March 2020 to March 2021), just after a total Solar Eclipse at 24 degrees Sagittarius.  This Jupiter-Saturn Conjunction initiates a series in air signs which represents a long term shift in the Socio-Political story we tell ourselves - a cultural reset on the 20 year cycle establishing a much less materialistic undercurrent for about 200 years.  It’s a come as you are party.  Bring your personal vision to enliven the collective vision.

A Pluto theme is Use and Abuse of Power.  The Industrial Revolution was powered by coal, then oil, brought up from the Underworld - and unconscious abuse of power in that mining ancient sunlight makes possible extreme domination of the biosphere.

As a group, we humanimals have become detrivores dependent on increasing release of long-cycle carbon into the short term carbon cycle.  This a potentially (and apparently) suicidal path with side effects like fracking permanently polluting aquifers that we’re increasingly dependent on as another side effect of carbon releases and machine-world acceleration.

Our survival (especially in the U.S.) depends on becoming conscious of the dead end underlying the false sense of abundance.  To face our shadow, accept limits and learn to self-regulate is to step off the suicidal path back onto the endless, timeless beauty way.

Meanwhile, the USA is getting a much needed humbling.  Maybe, like the Phoenix (a Pluto symbol), it will rise renewed from the ashes of it’s arrogance.

On the surface the feeling/tone is fear of a global plutonic takeover (corporations become the government).  How we deal with the deep frustration of so many dissatisfied souls excluded from the beneficiary side of state capitalism’s ruthless equation will determine much.  This consolidation of economic power defines modern Slavery.  The chains feel heavy but are easily removed when we reclaim our responsibility for dreaming the world into being.

As Chiron enters Aries, a new 50 year dance around the Zodiac begins - an opportunity for the wounded healer in us all to work with healing through understanding rather than reacting from the wound.

The urgency of acute symptoms distracts us from chronic neglect of unassimilated parts of ourselves.  Let us balance Logos with Eros.  The Chirotic process of evolving culture involves us all!